Cliché has it that for one to fully experience a place, one must taste the local food a place has to offer. Like any other known tourist spot, Singapore has these following local cuisines aimed not only to satiate tourists’ hunger over their well-deserved holiday, but keep them coming back for more.

1. Hainanese Chicken Rice
Often dubbed as Singapore’s national dish, this local cuisine is typically characterized by fresh and tender native or “kampong” chicken, as locals prefer this variant because of the authentic flavor it has. Originally coming from Hainan in China, overseas Chinese brought it to Singapore where it earned its fame. 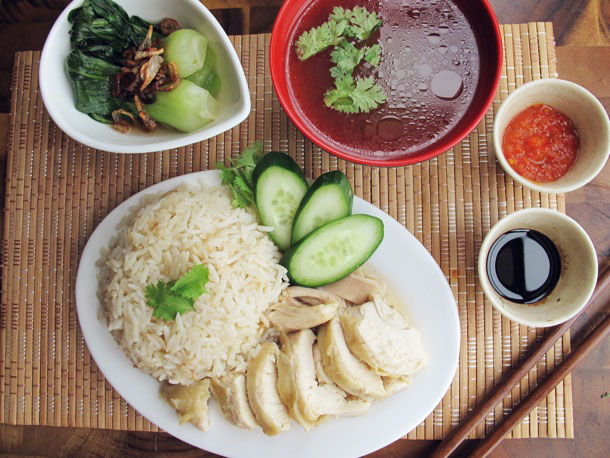 2. Roti Prata
Singapore has indeed a mix of cultures as this dish originated from Punjab in India, as is noticed in the ring of its name. Translated from its original Hindi, roti prata basically means “flat bread”. It is made of stretched dough spread with butter or ghee and then fried. Curry (either fish or mutton) is usually poured on the roti to give it just the right amount of crispiness on the outside and the right kind of soft inside.

3. Singapore Chili Crab
This dish is great news for those on a diet, as this is a low-fat, spicy crab dish. Going on with the street-food style recipe, it goes well with mussels in red pesto, steamed bao buns and crunchy baked mussels. This is a go-to dish for those aiming to satisfy their seafood-craving. 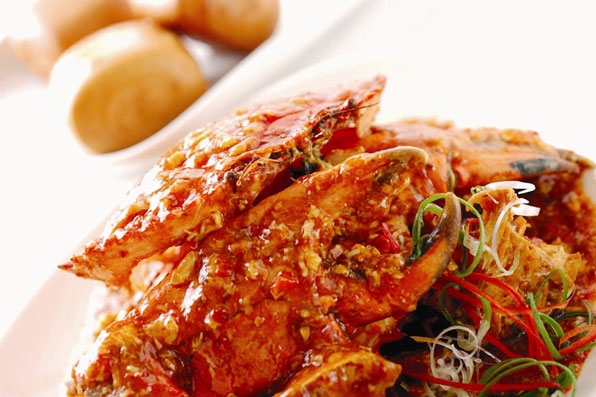 4. Laksa
There are different versions of this dish, depending on the kind of recipe they follow. But the famous among them is their Katong Laksa, named after the Chinese living around the Katong area. The dish is made up of thick vermicelli cut into shorter pieces conveniently bit-size by nature, contrasted by spicy soup stock with coconut milk. Adding to its flavor is dried shrimp, and occasional ingredients like cockles, prawns and fishcake.

5. Rojak
This dish with an unknown origin typically symbolizes the diverse culture of Singapore. In colloquial Malay, rojak translates to “an eclectic mix”. Its harmonious blend of assorted fruits and vegetables creates a mix of distinct flavors that brings salad to a whole new level. Its most common ingredients include toasted bean curd, blanched water spinach, beansprouts, raw cucumber, Chinese turnips, pineapples, mangoes, rose apples or jambu, and of course dough fritters. The dressing is typically made from fermented shrimp paste, chili, lime and sugar. The dish is complete by a garnishing of toasted peanuts (chopped) and slivers of ginger. 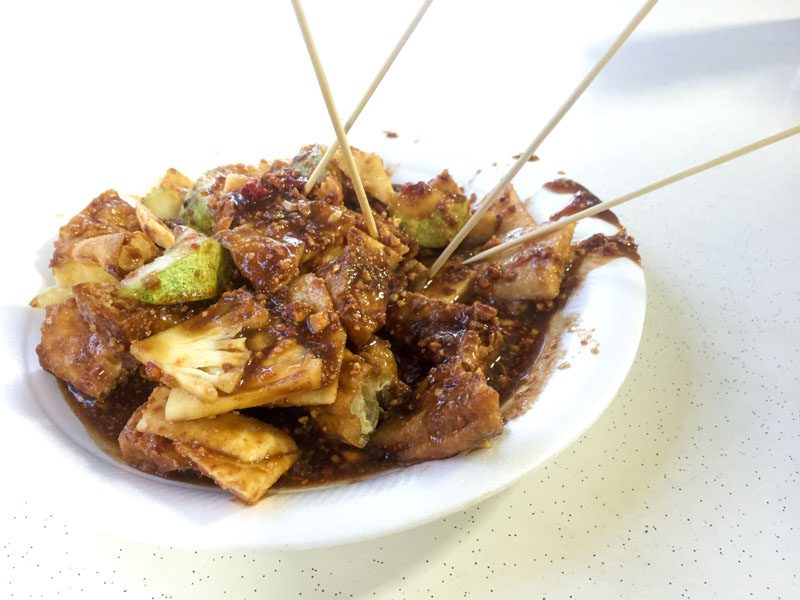 For tourists and locals alike, food definitely is the next universal language. No one is bounded by culture or norms as long as the hungry stomach is fed to satisfaction. These are but five, the list can go on depending on your liking.